–Jason actually went to the theater and saw Star Wars VII: The Force Awakens and…well, he didn’t hate it. That’s something, at least!  Bobby questions him to find out what he liked and didn’t like about the movie.
–Sandy Hook massacre denying professor is fired by his university. We give our thoughts on the news, including our surprise at the reasons he was terminated.
–M. Night Shyamalan is rebooting Tales From the Crypt to air it on TNT this Fall. Will it be self-contained episodes, or a new anthology series? And what will become of the great Cryptkeeper?!? 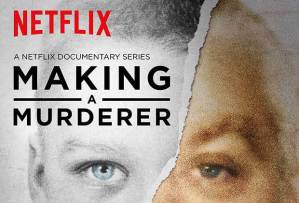 –We spend the rest of the show talking about the Netflix documentary series, “Making A Murderer,” which has become quite the pop culture sensation.  We give our thoughts on whether or not we think Steven Avery and Brendan Dassey are guilty of the crime, if we think they had a fair trial, and get into the ins and outs of a lot of the evidence showcased in the series, other evidence that wasn’t, and more! We also talk about the nature of documentaries, the agendas they have, and how it can be tough to take them at face value sometimes. There is lots of feedback from the chat room, which leads to a variety of other angles, including ruminations on the criminal justice system itself, and, while we probably didn’t touch on everything, we tried our best to cover the most relevant information.

Friend, family member, possible werewolf. I co-host Strange Frequencies Radio, blog at Confidential Korbus, and generally walk among the weird. When I'm not doing busywork, I can usually be found with my nose in a book, my eyes glued to a glowing screen, or my ears tuned to The Ramones.
View all posts by Jason Korbus →
This entry was posted in Downloads and tagged brendan dassey, m night shyamalan, making a murderer, netflix, sandy hook professor, star wars the force awakens, steven avery, strange frequencies radio, tales from the crypt, teresa halbach. Bookmark the permalink.