–We return to our roots by doing a full episode of SFR on ghosts. What better way to start off than by talking about how Bobby almost became a ghost a few days ago.
–What is the state of ghost hunting today in the United States? While we think it’s a lot less prevalent than when we got started, it has also gotten more religious, too.
–What better way to illustrate how pathetic paranormal investigation has gotten than by talking about some moron attempting to contact the spirit of Prince before his body is even cold. 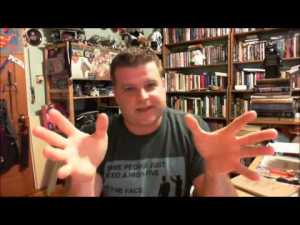 –Who is having sex with ghosts, what is being done to them, and how can we get involved? Or, how two women tried to have ghost sex and came away very unsatisfied.
–Put on your headphone, it’s time to listen to some EVPs! We don’t believe these are spirits of the dead, but if they are, do all ghosts have laryngitis?

In the 2nd hour of the program, we talk with our buddy Kenny Biddle about spirit photography, and get his take on the latest viral ghost photo taken at the Stanley Hotel. Along the way, we get into the common mistakes amateurs make to create false positives, and what he thinks the future of spirit photography will be.

Friend, family member, possible werewolf. I co-host Strange Frequencies Radio, blog at Confidential Korbus, and generally walk among the weird. When I'm not doing busywork, I can usually be found with my nose in a book, my eyes glued to a glowing screen, or my ears tuned to The Ramones.
View all posts by Jason Korbus →
This entry was posted in Downloads and tagged evp, ghost sex, ghosts, kenny biddle interview, prince, skeptic podcast, spirit, stanley hotel ghost photography, strange frequencies radio. Bookmark the permalink.