–The live show started about a half hour late today. Why? Because the Nelson family kitten came down to the SFR studio and chewed through a bunch of cords. Bad kitty!
–If you need some good news: a Maryland “psychic” has pled guilty to multiple counts of felony theft after scamming clients out of 340k. #LockHerUp
–Have you heard that eating McDonald’s french fries cures baldness? Some viral stories and local news programs put forth some research they said indicated just that. But it’s not true. The authors of the study can’t even believe people have misconstrued things so badly.
–Is practicing yoga a form of cultural appropriation? Or is it *gasp* actually Satanic? Christian writer Matt Walsh recently put forth the idea that it is pagan worship and that, like messing with a Ouija board, you are “playing with fire.” We’ll tackle these arguments, and ask “Do you really need to do historical research before you stretch?” 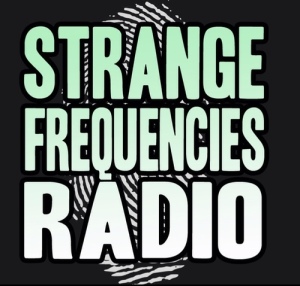 –Remember the guy who planned to launch himself into space on a rocket, partly in an effort to prove the Earth is flat? His second attempt was also a “failure to launch,” and we are done giving this guy any attention until he actually does something newsworthy…
–Besides, we think it’s a better idea to get excited by the things Elon Musk and SpaceX are doing. I mean, did you see that awesome Falcon Heavy launch? The boosters returning and landing in unison? And who could forget Starman?!?
–Last week, Bobby expressed serious doubts about the Han Solo movie. Well, he has now seen the teaser and, well, talk about a 180 degree shift…he loves it, and he’s bought some merch to prove it.
–What’s weirding us all out this week? Jason is concerned about Pope Francis likely lying about sexual abuse, as well a professor who didn’t know Australia was a country. But, then again, this is the Smiley Faced Spokesman for the World’s Largest Child Sex Ring. Bobby is troubled by Trump’s assault on checks & balances.
–Listeners are weirded out by everything from Gloria Copeland saying that you don’t need a flu shot when you have Jesus, to confusion over how many holes a straw has.
–Jason brings up the case of Cristina Garcia, a California Assemblywoman, and #MeToo advocate, who is on an unpaid leave after recently being accused of sexual misconduct by two males. We discuss the difference in media attention, but also highlight why male victims of female aggressors are typically not in the same kind of danger as female victims of males.
–Bobby gets into an immigration debate with the Mexican side of his family, and it’s a doozy involving the “mother of his cousin’s husband” being deported despite living here for 30 years. Jason has some thoughts on immigration reform and the heroism of breaking unjust laws.