–Strange Frequencies Radio is back in your life, and we’re mystified about the story of a “vampire child” burial, where a rock is placed in their mouth. Spit it out, Vlad!
–A Salem house, which may or may not really have belonged to John Proctor, is up for sale. The joy goes out of Bobby’s eyes.
–Jason tries to rejuvenate him with a story of witches putting a “hex” on Brett Kavanaugh. But their repeated past failures to “bind” Trump lets you know how this will go. 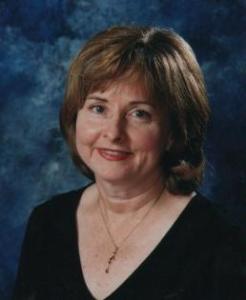 –Bobby goes off on a quick rant about Trump and tariffs. Jason talks about the Proud Boys and their hilarious (or maybe dumb) initiation ritual.
–Jason is worried about the state of his headphones.
–The SFR fans, aka Freqs, chime in with requests for show material, and Bobby explains that “haunted houses” are not about ghosts at all, but architecture instead.
–About this time, Bobby’s kids, who are supposed to be in bed, come to the door and interrupt the show to tell us that their dog barked and they think someone is in the yard. The drama builds while we take a break to investigate…
–We’re back, and everyone is still alive. Bobby grabs a can of Pumpkin Tart by Vivant, and neither he or Jason likes it. Bobby only gives it 1/2 a Jack o Lantern rating and says it tastes like a candle, while Jason continues to try and get the bad taste out of his mouth.

In our next segment, we welcome author and werewolf investigator Linda Godfrey onto the show to discuss her life collecting stories of The Beast of Bray Road, and other strange creatures. She talks a bit about the history of werewolves, explains why the Elkhorn police once carried silver bullets, and even tells us her personal favorite werewolf movie (which makes us very happy). *Brief audio issue early*

–After the interview, we talk about some of our favorite lesser known horror movies. Bobby recommends The Gate, while Jason asks people to check out a 1974 Bob Clark film called “Deathdream” or “Dead of Night.” But there’s a bunch more recommended by the Facebook Freqs that are worthy of checking out!