–Strange Frequencies Radio is back from another week away, this time because Bobby’s computer crashed moments before our recording was set to begin.
–New DNA analysis points the finger at Aaron Kosminski as the infamous serial killer Jack the Ripper. While certainly intriguing, there are still reasons to be skeptical. 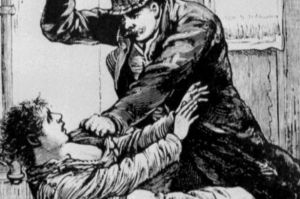 –Bobby goes over a recent “psychic reading” he received from an old guest of ours. You’ll want to hear it, even though it was a spectacular failure.
-We open the SFR mailbag, and dish a bit on what the Freqs want to get our opinions on: On tap for today, what are our thoughts on mentalism? Is Elvis still alive? And why don’t the Irish and Mexican people seem to mind cultural appropriation of their holidays so much?
–Jason quickly recommends the documentary Behind the Curve & says people should check out Sharon Hill’s review right here.
–Charges against Jussie Smollett in the hate crime hoax story have been dropped and people are angry. Jason thinks it’s the one story that has united the left and right wing.
–Bobby has been waiting days to talk about the Mueller Report/Barr Memo, and he can barely contain himself.

Friend, family member, possible werewolf. I co-host Strange Frequencies Radio, blog at Confidential Korbus, and generally walk among the weird. When I'm not doing busywork, I can usually be found with my nose in a book, my eyes glued to a glowing screen, or my ears tuned to The Ramones.
View all posts by Jason Korbus →
This entry was posted in Downloads and tagged aaron kosminski, barr letter, behind the curve review, cultural appropriation, hate crime hoax, is elvis still alive, jack the ripper, jussie smollett, mentalism, mueller report, psychic reading fail, strange frequencies radio. Bookmark the permalink.