–SFR is back in your life! And with another week away, there’s a lot to get into. Where to begin?
–The “Storm Area 51” event, that morphed into AlienStock, that morphed again into an all things extraterrestrial free for all happened over the weekend, and we give the scoop on what went down. Good news: it doesn’t appear anyone had to be vaporized for trying to see ‘dem aliens. 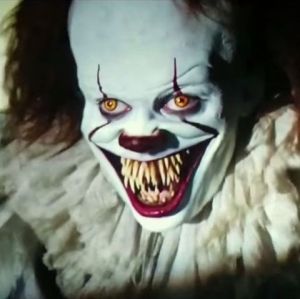 –Justin Trudeau had a bad week. Some old photos of the Candian PM donned in “brownface” were uncovered and he had to make a few apologies. Bobby laments that liberals focus on these kind of scandals. Jason says that, while he is pretty sure Trudeau is not a racist, he does enjoy when someone who positions themselves as ultra progressive and “woke” has to grovel before the politically correct elite.
–Benny Hinn is renouncing the prosperity gospel, in what Jason thinks is almost assuredly a new version of the same scam he has been pulling for years. Bobby warns to heed the words of James Randi about these “unsinkable rubber duckies.”
–Bobby attends a friend’s diaper party, and shoots an AR15! How did he, someone who admits he is uncomfortable with guns, feel about shooting the most despised firearm of the political left? Well, it sure sounds like he enjoyed it…
–We went to the theater to see IT and some creepy guy offers us his children. A weird little event we just had to share with you.
–Finally, we give our fully detailed review of IT: Chapter Two, and yes there are *spoilers* involved. Bottom line: neither of us liked this movie, and we left very disappointed. But we want to hear what you thoughts, so please let us know.

Friend, family member, possible werewolf. I co-host Strange Frequencies Radio, blog at Confidential Korbus, and generally walk among the weird. When I'm not doing busywork, I can usually be found with my nose in a book, my eyes glued to a glowing screen, or my ears tuned to The Ramones.
View all posts by Jason Korbus →
This entry was posted in Downloads and tagged alienstock, ar15, benny hinn, blackface, brownface, it chapter two review, James Randi, just trudeau, prosperity gospel, storm area 51, strange frequencies radio, unsinkable rubber ducks. Bookmark the permalink.