SFR 507: A November To Dismember

–Halloween, for us, was fairly uneventful. We’re old. But the kids persevered despite the crummy weather and brought back loads of candy.
–Reports of razor blades being found in candy in Ohio has us scratching our heads. Though one report sounds just a tad suspicious. 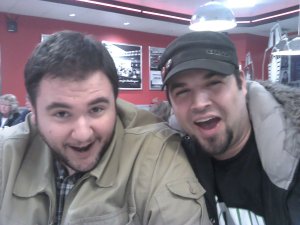 –Bobby talks about a friend of his who worried about cultural appropriation at school around Halloween. Jason says that white liberals treat minorities as their pets, and most of this really comes down to the need for power and control. It’s not about trying to change minds, instead there’s always a punishment involved.  (Here are the videos Bobby references:  https://www.youtube.com/watch?v=IT2UH74ksJ4 and https://www.youtube.com/watch?v=GNXm7juuM-8.)
–Jason does announcements, and Bobby helps put a new spin on them.
–Well the word around the campfire is that Epstein didn’t kill himself. We break down the latest from the perspective of Dr. Michael Baden, who thinks the evidence right now points more toward homicide, and from NY Chief Medical Examiner Dr. Barbara Sampson who stands by her office’s conclusion that it was suicide. We need to hear your thoughts!
–Next up is a little impeachment talk, since it appears the more private hearings are over, and the public hearings will begin soon. Bobby is torn on a few items, while Jason won’t judge until he can hear and examine the evidence, and not what certain politicians and media outlets are putting out to boost their narratives.
–Finally, we each talk about what we’ve been watching on Netflix. Bobby just saw a documentary about an infamous high school football rape case called Roll Red Roll. Meanwhile, Jason is watching the Netflix version of Cold Case Files and really enjoying it.
–See you again next time!

Friend, family member, possible werewolf. I co-host Strange Frequencies Radio, blog at Confidential Korbus, and generally walk among the weird. When I'm not doing busywork, I can usually be found with my nose in a book, my eyes glued to a glowing screen, or my ears tuned to The Ramones.
View all posts by Jason Korbus →
This entry was posted in Downloads and tagged barbara sampson, cold case files, cultural appropriation, epstein didnt kill himself, halloween, jason and bobby, jeffrey epstein, michael baden, netflix documentary, poisoned candy, razor blades in candy, roll red roll, strange frequencies radio, trump impeachment, will witt cultural appropriation. Bookmark the permalink.